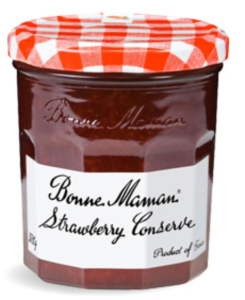 Show us the savings

You can make great savings buying alcohol in France, because of the exchange rate and, more importantly, the tax. In the UK we pay £1.90 in tax on a bottle of wine; in France it’s 2p. Beer in the UK is taxed at 50p a pint; in France 14p. The difference for spirits is not as large: 46p and 22p.

French products will generally be cheaper, as you might expect. This includes Bonne Maman jam and Blanquette de Limoux, which is the forerunner of Champagne. I’ve been buying it since it was recommended in the Telegraph Sunday Magazine before my first trip through the tunnel back in 1994.

Here are some of our supermarket savings (UK prices from www.mysupermarket.com):

Inspired by Marianne Power’s piece on saving money on make-up in France I bought Nuxe make-up remover and Roc moisturiser, although my savings weren’t as impressive as hers. However, these were items that I was about to run out of, so I would have bought them anyway. The cheapest I could find for Roc Pro Renove Creme Anti-rides was £18.99 online – I paid the equivalent of £18.66. Saving: 33p. Nuxe Bio Beauté Eau Demaquillage cost me the equivalent of £8.82 and it’s on Amazon for £13.41. Saving: £4.59.